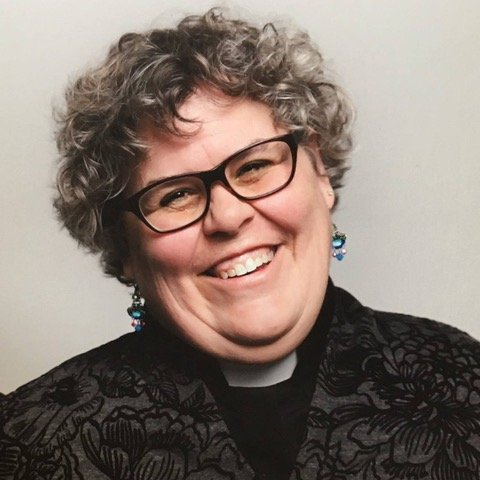 The Rev’d Dr Mary-Catherine Garden was appointed as Incumbent of St Martin’s Ottawa in October 2018. Ordained Deacon by the Diocese of Ottawa in May 2016, Priest in February 2017, Mary-Cate spent her first two years in the Diocese as Assistant Curate at Trinity Anglican Church, Cornwall.

Before hearing a call to ministry, Mary-Cate was an historical archaeologist for more than twenty-five years. She has degrees in archaeology and heritage studies from the University of Toronto, The College of William and Mary in Virginia and  Cambridge University. She has worked in private and public sector for museums, provincial agencies and in academia and has spent much of her time digging up 17th and 18th and 19th century buildings and thinking about landscapes. She is interested how people define ‘home’ and particularly how we understand space and the space in which we worship.

Mary-Cate is a cradle Anglican who was born and (largely) raised in Toronto.  She returned there, after time in Glasgow, to study for her MDiv at Trinity College (University of Toronto). In between Mary-Cate lived and worshipped in parishes in northern Canada, the United States and in the United Kingdom. Mary-Cate grew up in the High Church (or Anglo-Catholic) tradition giving her an appreciation for the ritual and tradition of the Anglican Church. However, she is happiest when people come together in word and song to worship God and has a great love for the many wonderful and enriching expressions of the Anglican Church. Mary-Cate loves serving the church as a priest and delights in welcoming new people and walking with others (old or new) in their journey to better know and serve the Lord.

In addition to her parish work, Mary-Cate sits on Diocesan committees including the Real Estate Working Group (REWG) and is the Consultant to Provincial Synod for Heritage Matters.

You can reach Mary-Cate via email (mcgarden@stmartinsottawa.ca) or via the church office (613-722-6077). She is usually in the office Monday to Thursday. You’re welcome to drop by but it’s a good idea to give her a call to make sure she’s around and to give her a chance to put on the kettle.