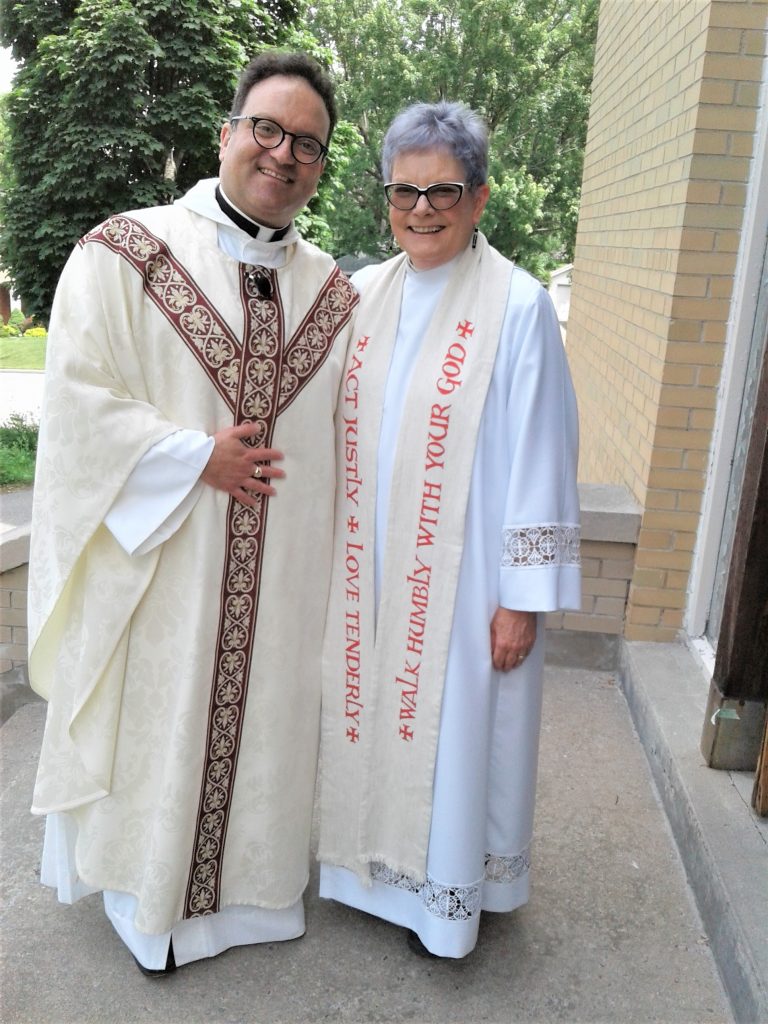 It is not often that you get to hear from an Anglican Priest ordained in the Diocese of Jerusalem, currently serving in the Diocese of Liverpool, England who is also a scholar, Missioner and Islam Lecturer travelling under an Israeli passport; but, all who attended the three-part lecture series recently delivered by the Rev Dr. Yazid Said had an opportunity to do just that.

Dr. Said’s visit to Ottawa the third week of June was the result of an invitation issued earlier in the year by the Rev Canon John Organ, St Martin’s Rector prior to becoming Bishop Elect for the Anglican Diocese of western Newfoundland at the end of May.   The two had met while Fr John served for three years as Chaplain to the Archbishop in our companion Diocese in Jerusalem. The overarching theme of the Yazid’s lecture dealt with reflections as a Palestinian Christian on medieval Islam and the current Middle East

Yazid’s scholastic merit shone throughout the trio of talks.   After completing classical studies in Arabic and English Literature at the Hebrew University in Jerusalem Yazid studied theology at Cambridge where he completed a Ph D at Corpus Christi College Cambridge and served as the honorary assistant chaplain.  His doctorate was on the medieval Islam theologian Abu Hamid al-Ghazali who lived from 1058 to 1111.

Yazid’s time at Cambridge and in post doctoral pursuits uniquely equips him to engage with Jewish and Moslem scholars in settings imbued with respect, dignity and willingness to explore in depth the mystery and profundities of the respective faith communities.  For Yazid such experience deepens and reinforces his life as a Christian. None of the three talks shied away from the range of complexities besetting life in the Middle East but offered a host of lucid insights to the questions raised after each talk. In his concluding address he referenced the peace which passes all understanding and observed that no one seems to grasp this.  For Razid Jesus Christ’s peace is not found in some kind of serenity but rather in his constant love.

St Martin’s interim priest the Rev Dr Linda Privitera was on hand throughout to help host Dr. Said’s visit that included a special lunch Wednesday June 20th and welcomed him as the guest preacher at the Sunday worship services on June 24th. Off the top of his homily at Sunday’s service Yazid thanked the outgoing Rev Organ and wished him well in his new posting. Over the course of his brief visit the Rev Dr Yazid Said made some lasting new friendships with parishioners here at St Martin’s and at All Saints with St Matthias in Westboro.